You are here: Home / Writing Resources / A Grammar Primer

Here are some of the most common flaws in grammar explained with examples.

One cannot give something to I or work for she. Yet how many times do people write or say “It is between he and I” or “They gave it to John and I.” Unlike German, Latin, Spanish and other languages, English has only two cases: subjective and objective. The subjective pronouns—I, he, she, we and they— normally come at the beginning of a sentence, the subjective part. Objective pronouns—me, him, her, us and them—come after a preposition (to, for, from, between, against and so on) in the objective part, usually the second part of the sentence. It is not so complicated if one knows the rule!

I am sharing the subject/object rule with him, with her, with them. He, she, they should be grateful to me for sharing this information.

Relative Pronouns: Who and That. A second common pronoun error is the confusion between who and that. It is always people who and things that. Once again, a simple distinction—if one knows the rule.

I hope the people who read this book will produce writing that is clearer and more grammatical.

To affect is a verb that means “to influence.”

Example:
I hope this chapter will affect and improve people’s writing skills.

Effect is a noun that means “a result, consequence or outcome.”

Example:
The effects of good writing include new clients and customers.

But effect also can be used as a verb, meaning “to bring about, to cause to happen.” Example: A good writing workshop can effect a positive change in writing skills.

It’s means “it is,” whereas its indicates possession. There are no such words as its’ and our’s. Remember that an apostrophe after any pronoun always means “is.”

Example:
It’s not in your best interests to try to change its [the court’s] decision.

Their is possessive: their briefs, their proposals. There is a place: put the briefs there, on the desk. They’re is a contraction of the words they are.

Example:
They’re going to put their briefs and memos over there.

5. LEARN AND RESPECT THE PARTS OF SPEECH

A noun is a person, place or thing. A verb is a word of action or a state of being. Nouns and verbs cannot be interchanged at will. One cannot impact, flowchart, wardrobe or team. But one can make an impact, use a flowchart, choose a wardrobe or form a team. If writers want their readers to understand and take them seriously, then writers must express themselves correctly.

Similarly, adjectives can only modify nouns. No one can do something “real well,” because well is an adverb, and only adverbs can modify other adverbs; so it must be “really well.” When readers are brought up short by a grammatical error, they not only lose the narrative flow but they also lose the writer’s message.

6. TENSE: SUBJECT AND VERB MUST AGREE

It is disconcerting to hear journalists, politicians or so-called intellectual talk-show hosts say “There is lots of possibilities,” “There has been two occurrences,” or “Numerous possibilities exists for change.” Proper English grammar dictates that subject and verb must always agree.

Examples:
There are many possibilities to express the many ideas that exist.

There have been too many mistakes in grammar that when made public affect each and every person.

The use of hopefully to mean “it is hoped,” according to grammar books, should be avoided. Although it has gained wide acceptance, this dubious usage is not only grammatically incorrect; it also sounds tentative and frightened. It does not project the confident, positive image that professionals and businesspeople cultivate.

The correct usage is between two, but among three

Use fewer for plural nouns that can be counted numerically: fewer people, professions, hours. Use less for nouns that cannot occur in the plural form and cannot be counted, as when referring to amount or extent: less time, butter, diplomacy.

Fine distinctions of tone and meaning can be crucial to the image a writer is trying to project. Following are two examples of paired synonyms that are often used interchangeably by those who are unaware of their different connotations.

Eager means you are looking forward positively, with enthusiasm, to an event; anxious means you are scared, nervous or uptight about it.

One feels literally with one’s hands and figuratively with one’s heart, but one believes in one’s mind. Obviously, the latter word is more appropriate in business and professional communications.

The simple rule that appears in many grammar guides is: Numbers under 10 are written out—four, five, nine; 10 and above are written as numbers—12, 13 and so on, except when they begin a sentence.

Many other types of mistakes are possible in writing and speaking. We can err not only by using the wrong words but also by misusing the right words. During an episode of A Prairie Home Companion, Garrison Keillor once introduced a dog that growled every time he heard a grammatical error. In real life, unfortunately, most businesspeople and professionals must become their own watchdogs and growl at their own work. The ability to correct one’s own mistakes—to catch the culprits, so to speak—could be the difference between retaining or losing a client, a grant or even a job.

Although the marks of punctuation are small, the damage done when those marks are misused can be enormous. Vastly different meanings can be produced by varying
punctuation, as illustrated by the following anecdote, which has circulated widely on the Internet:

Male and female college students were told to provide punctuation for the sentence “Woman without her man is nothing.” The men wrote, “Woman” without her, man is nothing.” When readers see commas, they automatically pause, which is why I refer to commas as stage directions. They tell the reader what to do.

Example: As best I know, these receptions are also successful, I am eager to hear the Board’s opinion.

The first comma is appropriate. The second should be a semicolon; you are separating two complete clauses.

The two most sensible comma rules are:

A dash—a line the length of two hyphens with no space between them—indicates a slightly longer pause or a greater separation of ideas than provided by a comma. Use a dash when you really want the reader to digest a brief aside.

Parentheses should be used mainly to acknowledge supporting information—for example, definitions of acronyms and abbreviations, or citations of previous legal cases or judgments.

Quotation marks should be used only when quoting someone or referring to the title of a story or article, a song or a poem. They are not to be used to excuse jargon or slang, which should be avoided. A most important rule to remember, if you work in the United States, for an American-owned company or for the American branch of an international firm, is that the comma and the period always go inside the quotation marks; the bigger marks—that is, the colon and the semicolon—go outside. In the United Kingdom, Australia and all former British colonies, the comma and the period go outside the quotation marks.

Exclamation marks should be avoided in business and professional writing. The wording itself should relay the excitement. Whenever I see an exclamation point in business correspondence, I am reminded of the signs in television studios, prompting viewers to applaud or laugh on cue. The implication is that the performance is not entirely convincing on its own merits. If the writing is good, such stage directions are unnecessary.

Transitional words—however, consequently, therefore, nevertheless and so on—are a means of getting smoothly from one idea to another and showing the relationship between the ideas. (The Latin prefix trans means “across.”) Transitional words, when used as stage directions for the reader, enhance readability and sophistication. 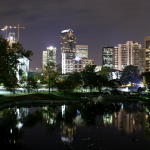 Based in Charlotte, we provide services for across the US.  We provide Technical … END_OF_DOCUMENT_TOKEN_TO_BE_REPLACED 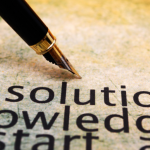 Examples of Our Work 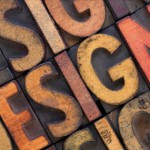 At PenMan, we view graphic design as an integral part of targeted, compelling, marketing and … END_OF_DOCUMENT_TOKEN_TO_BE_REPLACED